second tank i was doing more freewheeling down the big hills on my commute, aircon off, regularly seeing 80+mpg on the trip computer so pretty pleased with the full tank average of 76 (car 'pooter indicated 78 so a little optimistic but not too bad i guess).

i think this is a good baseline before i start any modding - skint right now so plans are on hold (lowering springs and bilsteins are here but no money to get them fitted just yet so will have to wait a month or so).
2015 honda civic tourer 1.6 D-TEC rocketship
Top

ok, so to update on where i am with this car.. now done just under 9k miles since i got the car start of oct.

Lowest tank mpg was just under 60 (fully loaded holiday, 2 adults, 2 dogs, luggage roof box, lots of short trips).
Best mpg - not bettered the 76mpg i managed in october - i blame the cold weather, BUT the good news is i'm regularly getting low to mid-70's mpg in general driving.

I've fitted eibach springs along with some new bilstein dampers, lowers the car about 25-30mm from stock, mainly to improve stance, handling but should also have a mpg benefit.

I've also got some super light wheels to go on but these won't be fitted until the spring.

Will be interesting to see if the mods make any difference once the weather is a bit warmer.
2015 honda civic tourer 1.6 D-TEC rocketship
Top

not been around here much recently..

site is pretty quiet - i would have thought that there would be more folks wanting to get the best mpg out of their cars given increased concern around environment etc? strange this is not this case.

Anyway, some updates since i last posted.

I've got my eibach springs on the car now, sits significantly lower than stock but still comfortable and clears speed bumps (so long as you're sensible with your approach speed). Also replaced the ageing front dampers at the same time to something that more suits the eibachs and is better quality than OEM (I put a set of bilstein b8's on there). Rear i've left with stock dampers for two reasons; firstly they are not that old, and secondly they are adjustable from a button on the dash so i didn't want to mess with that.

When i'd first posted ^ i had the car on the heavy factory 18" wheels with winter tyres. Not a great combination for fuel efficiency.

I now have some super-lightweight forged wheels, Rays TE37 sourced used from japan, needed some re-furb work (which i did myself). These are awesome wheels - 7.9kg each for 18" wheel is very impressive - the oem wheels are something like 13kg each so it's a significant saving.

The new wheels run pirelli p7 "blue" tyres, oem 225/40 18 size. These are the only tyres i've found that have both A rating for fuel and A rating for wet grip. They were no more expensive than other tyres with worse fuel rating so a no-brainer really.

With the above mods i'm able to easily get in to mid-80's mpg on my regular commute, so somewhere around a 10-15% improvement over when i first got the car.

I could prob get another couple of mpg by over inflating the tyres but tbh i value my comfort too much so i'm sticking with oem pressures, albeit at the top of the range).

What's next? well i will at some point go with a re-map. Still undecided if i go with the regular remap (more power, small increase in efficiency) or go with what celtic tuning call their "economy" map (small power increase but more significant fuel economy increase). It's 300+ quid so although i know it'll pay for itself over about a years driving i still havent got around to it yet.

^ that's probably the only other "big ticket" item i'll do.. other than that it's diminishing returns i think, weight reduction doesn't seem to have much/any difference. I've also researched carbon bonnet for weight saving (700 quid, saves 8kg, er. no thanks) and done some research on aero covers for wheels. I've found some guys who make custom carbon covers for bicycle wheels so i might see if they coudl do a custom cover for my rays.

Also looked at feasibility of getting some i3 wheels and tyres - bmw is different pcd but the wheel offset means there is plenty of space for an adapter to fit the honda, only issue is there isn't much clearance now between tyre and arch after the eibachs went on, so i fear i may have some rubbing - too much of a risk to fork out for adapters and a second hand set of rims to find it doesn't work, so i've parked this for now (also not entirely sure how my insurance co would react if i had skinny tyres on it..).

not got any good pics of the car, but here's a couple, loading up for half term hols a few weeks back. The roof box is only on for minimum period i need it, then it's whipped off. You can see the reduced ride height and my light wheels. 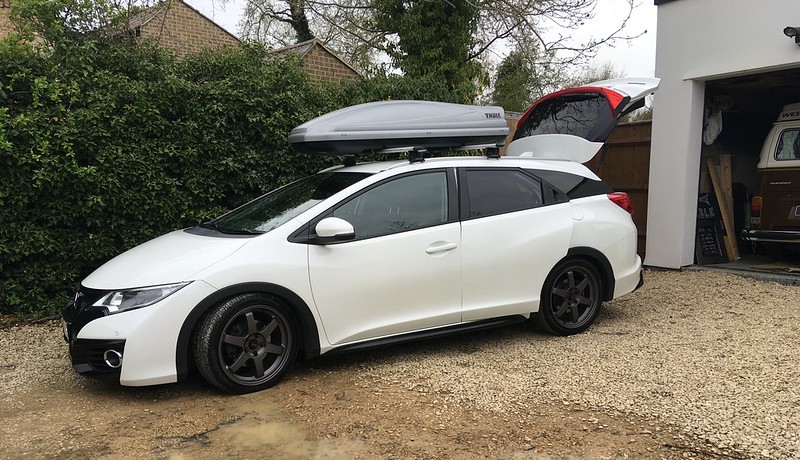 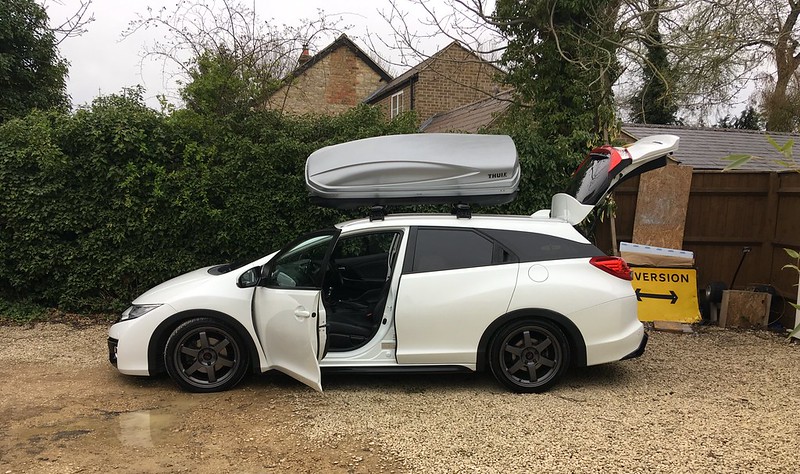 indicative mpg i get on my commute: 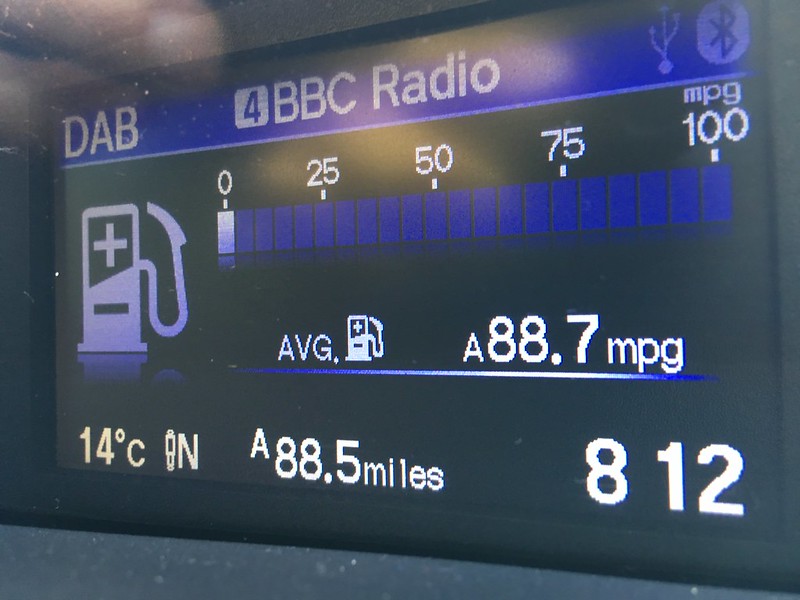 Can;'t maintain that over a full tank unfortunately due to local tips/ wife driving etc (!). . but still, mid 70's over 700 mile tankful is pretty good. 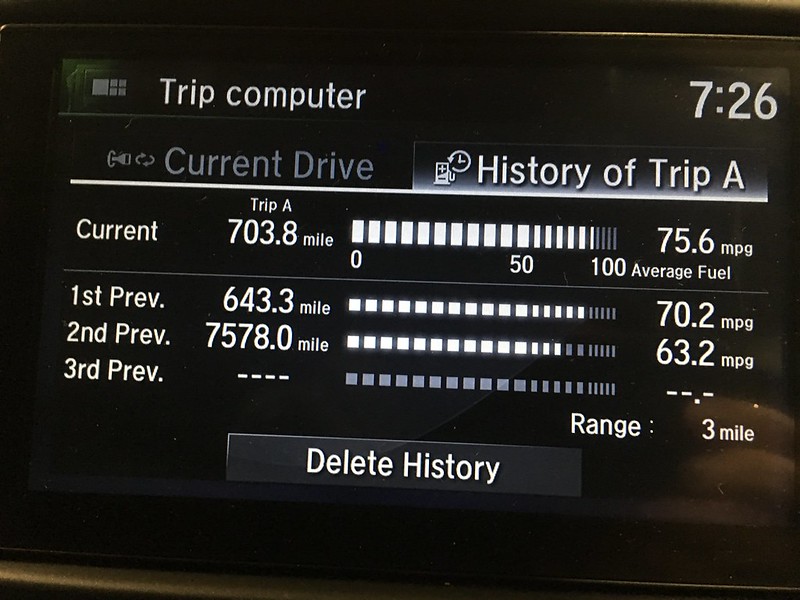 Looking good rob, thanks for the update.
The wheels / tyres should serve you well on the mpg front

Return to “Introduce Yourself”

Users browsing this forum: No registered users and 1 guest

We are the UK's only desicated Hypermiling and fuel saving community!