The UK government has been championing clean cars for a few years now. Firstly the UK Scrappage Scheme which was aimed at not only kick starting the UK Motor industry but also getting motorists into cleaner and more efficient cars. 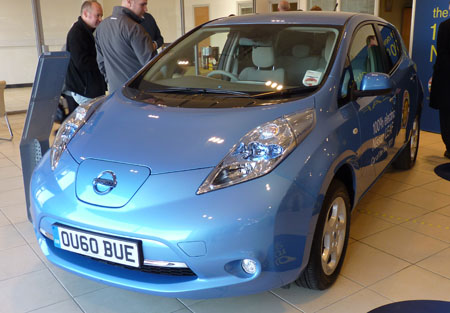 The support of “clean cars” hasn’t stopped there. In December 2010 the government announced the Grant for electric and ultra-low emission cars. This has been hailed as a  ‘breakthrough’ year for electric cars as mass-market manufacturers roll out new models, such as the Nissan Leaf.

Nissan will begin deliveries of Nissan’s flag ship Electric Car (EV) in March 2011. The Leaf has been confirmed to be elegible for the full £5000 grant.

Nine models of electric and ultra-low emission car will be eligible for grants of up to £5,000 starting from Jan 1st 2011.

At present the 9 cars that are eligible for the grant are:

It was also announced that a network of electric vehicle recharging points would be installed in the Midlands, Greater Manchester, East of England, Scotland and Northern Ireland. The recharging points will be located  in streets, car parks and commercial retail and leisure facilities.