If I had a pound for every person that asked me which coasting techniques was the most efficient, I might just have enough money to fill my tank. It’s one of those techniques that hard to advise upon as there are so many different factors that have to be taken into account. Road and traffic conditions, your car and attitude towards safety all have a say when it comes to picking which coasting method to adopt.

Lets start with the basics.

There are 3 different types of coasting that can be adopted, each with its own advantages and disadvantages.

Read on to learn more about each coasting technique

In gear coasting is the easiest coasting technique to adopt, you simply remove your foot from the accelerator (or gas pedal if drive on the wrong side of the road). This is by far the safest form of coasting as you remain in full control of the vehicle.

Most modern cars go into fuel cut off while in gear coasting, meaning the engine deceleration is what is turning it over and not the fuel . The problem becomes when you look at the factors that cause this fuel cut off, as it can differ wildly from car to car. RPM and speed are overriding conditions but its often hard to know at which combination of the two your car cuts fueling. If you have an in car diagnostics device such as a Scan or Ultra gauge  its possible to decipher the readings to to confirm at what point your car enters and leaves this mode. Rule of thumb is over 1,500RPM and 40MPH for most cars.

The biggest disadvantage of this technique is engine braking. Compared to the other techniques, you slow down much quicker. This type of deceleration make the in gear coasting technique more suited to conditions where maintaining speed is not so important, such as when approaching a junction. To maximise the benefit I would suggest using common markers on your route so you can pre-plan your coasting points. This means you can roll gracefully to a very slow speed or stop without the need of brakes, wasting very little fuel in the process. With a little practice you may also be able to guess your coasting distances so it can be used on roads that are foreign to your normal driving route.

Neutral coasting is a technique that has been frowned upon by most motoring organisations due to the lack of control you have over your speed. It would certainly be a fail mark if you adopted it on your driving test. All it requires is either knocking your steed into neutral or depressing the clutch, at which point the engine revs will return to idle.

To maintain idle revs fuel must be consumed. This is the biggest downside of this technique compare to in gear coasting, however on the upside – your coasting distances are greatly improved.

Due to the lack of engine braking, this technique is more suited to situations where deceleration needs to be minimised, like on a motorway. Many Hypermilers adopt it on hills to further increase the coasting distances with the possibility of adding a little speed too.

Due to the safety aspect of neutral coasting, I would advise using the clutch rather than leaving gear. This approach speeds up the time need to gain control over your speed.

Engine off coasting or forced auto stop (FAS) is by far the most dangerous coasting option. It’s often labeled as an “advanced” hypermiling techniques, others label it sheer stupidity. Put simply, you turn your engine off while still moving. It’s by far the most effective technique, taking all the advantages of the other techniques but without their down falls, however this is where the party stops.

By turning off the power plant you are likely to severely effect your most vital driving functions, steering and braking. Your power steering pump will no longer be “pumping”, meaning unless your “guns” are in epic proportions you may find it near impossible to steer. The lack of engine power also effects servo assisted braking, yes “driving without brakes” is a technique we champion, but taking it literally is just a death wish and a danger to other road users to boot.

But wait… I drive an automatic

Those of you who either lack the skill / confience or who are just too lazy to drive “stick” may encounter issues trying to coast. Leaving and entering drive might while on the move might cause your transmission to spontaneously  expolde, leaving you with a large repair bill. Saying that, if you really are looking to maximise your fuel economy, an automatic is not a wise option in the first place.

I can’t advise you which technique to adopt, you just have to use the techniques to that are correct for the situation at hand. I can however be clear about which techniques not to use if you value both your life and the lives other around you, please steer clear of engine off coasting.

I hope you found our little Hypermiling 101 on coasting useful. I’m hoping to publish further in depth articles on Hypermiling techniques in the future.

Remember to check out our Hypermiling Techniques page for all our other techniques so you too can become a seasoned and learn-ed Hypermiler and fuel saver. Also why not join our Hypermiling Forum where you can discuss your fuel saving efforts with Hypermilers from around the globe. 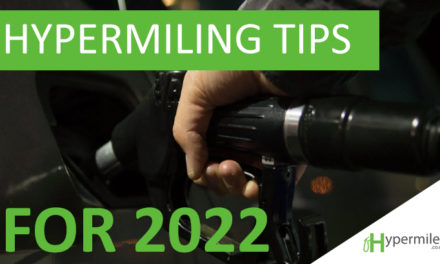