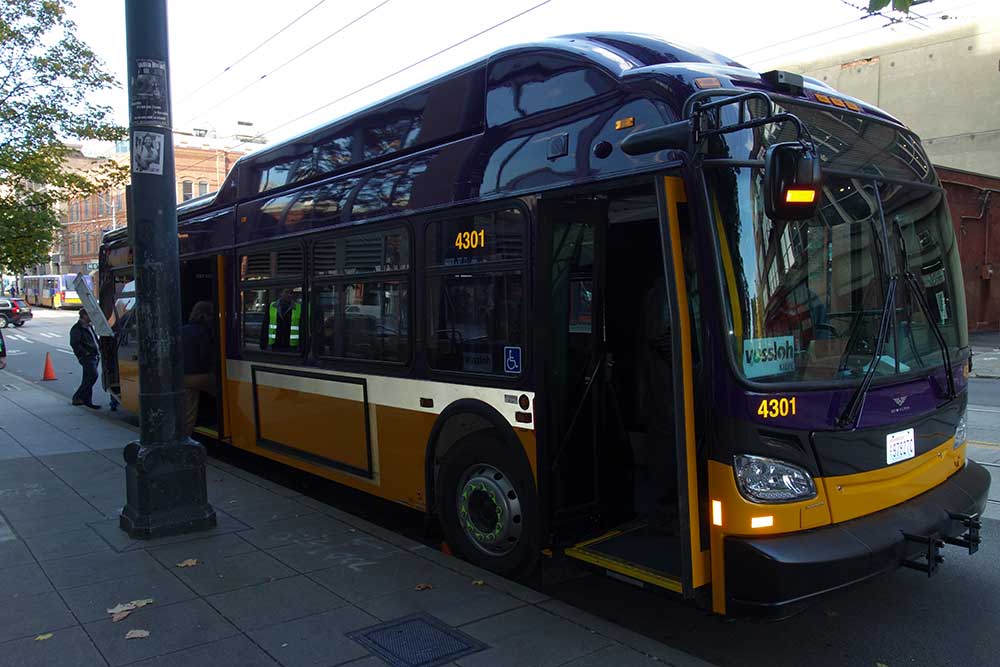 Electric vehicles are looking set to be an incredibly useful tool with which to combat greenhouse gas emissions, rising fuel prices and climate change, however they suffer from an image problem that has stemmed from poor battery capacities, a perceived lack of power, and a significantly high cost. Thankfully though, today more than ever, companies and manufacturers across the world are trying their utmost to eliminate these pitfalls, developing batteries, engines and vehicles that will allow electric vehicles to flood the mainstream.

New Flyer & Novabus are two of these trailblazing businesses. The companies both recently released the Excelsior Electric and LFSE buses, respectively, two vehicles that could make the public transportation field zero-carbon.

New Flyer’s design, based upon the popular Excelsior platform, features lithium ion batteries that are capable of storing 300 kWh of electricity, power that is fed into an advanced Siemens Electric Drive System that converts three-phase AC power in to DC power in order to drive a traction motor. When the vehicle brakes, the energy is recovered and re-used, although most charging will occur through the use of overhead charging systems more akin to an electric train than a pluggable electric car, for instance.

Novabus’ LFSe, the electric version of the large-scaled LFS platform, is similar to the Excelsior, utilising a pantograph that sits atop the bus, allowing charging to occur. Whilst details of the vehicle are surprisingly hard to come by, zero emissions, low-noise and smooth ride are all said to be hallmarks of the LFSe, however enthusiasts’ forums note that the bus will be two years behind New Flyer upon completion of the vehicle’s testing period, something that could impact sales.

What do these buses mean for public transport infrastructure then? Well it means that whether you’re reading the daily newspaper, listening to music on Spotify or indulging in a few games at Royal Vegas mobile casino world you’re likely to experience less noise, fewer bumps and vibrations, and will probably feel better about your journey than if travelling via a comparable fossil-fuelled vehicle. This will arguably make the reading, listening and playing experience all the more enjoyable thanks to the overall smoother ride.

Both vehicles – although the Excelsior does seem to be the frontrunner of the two competitors – also show that the already-green bus industry is poised to enter a period of true environmental friendliness. Buses are an incredibly efficient form of transport already, but as electric vehicles come to the fore, this truly civic transportation system will become even more popular and well-regarded.