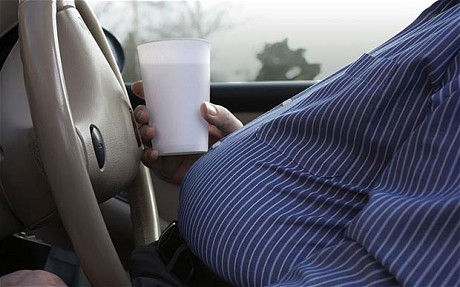 Chances are, if you are American, you haven’t been able to see your toes since you were 8 years old. The obesity epidemic in the US might be good news for Wendy’s and McDonalds but not so good for your miles per gallon.

The Atlantic magazine in the US has reported that for every additional pound of passenger weight, the United States uses up another 39 million gallons of fuel each year. A more frightening figure is that Americans consume at least a billion gallons more fuel every year than they would have if people were as trim as they were in 1960. In UK money (at our average diesel price of £6.68 per gallon) thats a staggering £6 BILLON pounds a year in extra fuel from those “extra pounds”.

Unfortunately for us “plucky” brits we’re heading the same way, causing extra load on our failing NHS and also hurting us at the pumps. In the UK, fatties with BMI of 30kg/m2 or more are classed as obese, and thats a whopping 1 in 3 people.

So next time you budding Hypermilers go searching in the boot for weighty items you can dispose of, maybe think about swapping your fish and chips supper for something a little better for your waist line. Why not go the whole hog and walk. You’ll kill two birds with one stone and maybe lose a few stones in the process.

Hypermiling Moses shows us the “10 Commandments of hypermiling”