One in five motorists abandon 4 wheels as running costs soar 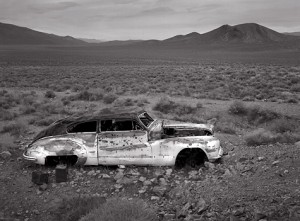 A survey by the  breakdown service Green Flag has revialed that soaring running costs have forced a whopping 14 percent of UK motorists to abandon their cars with a further 7 percent opting for for two wheels over four.

Fuel and insurance prices have led the way with many unable to cope with the spiralling costs.

Green flag have also recorded a 40 percent rise in the number of fuel-related call outs in January this year as people try and push more miles from less fuel.

A spokesman for Green Flag said it was called out to more fuel-related incidents as many motorists are still putting the same amount of money in compared to the previous year, but were getting less fuel in exchange.

Sales of 50cc scooters in the UK rose by 11 percent in January 2011, fuelled by motorists trying to deal with record petrol prices by switching to frugal two-wheelers. Many modern scooters are capable of well over 100mpg while costing less than a grand, a sound choice for those living in many urban centres. Riders also benefit from lower parking and road tax costs.

Personally, I’ll stick to Hypermiling. As fun as a scooter may be to ride – they prove too impractical for many commuters.