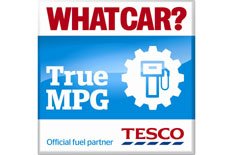 What Car? in association with Tesco Petrol Filling Stations have launched True MPG, the only program to give motorists “real world” fuel efficiency figures from the same roads we all face each day.

True MPG will base its figures on real life driving conditions where as manufacture’s “claimed” MPG figures are based on laboratory findings with men in white coats. Motorists can simply log on to www.whatcar.com/truempg and work out the fuel economy they can expect to get from their next new car.

“With rising fuel prices, the miles-per-gallon issue is high on every motorist’s agenda. Countless car buyers are frustrated that they don’t match the official government fuel figures. True MPG will allow motorists to select a car personalised to their driving needs and budget. We hope that it will become invaluable in the complex and emotional car-buying process,” said What Car? editor-in-chief Chas Hallett.

They test vehicles using a portable emissions-measurement system which will record a variety of data from the car. It captures carbon monoxide, nitrous oxide, nitrogen dioxide and optionally total hydrocarbons. From the carbon dioxide output and knowledge of the exact fuel in the tank, the fuel consumption in miles per gallon can be calculated via the mass balance method with a high degree of accuracy.

We applaud What Car? for this scheme,  I often speak to motorists that are disappointed with their MPG results compared with manufacturers figures. Having checked the website, we note that some of the most popular “super” MPG models are strangely absent from the listings, however those available show quite a difference.

We are hoping that this will help nudge car makers to giving more realistic MPG results for their fleet.