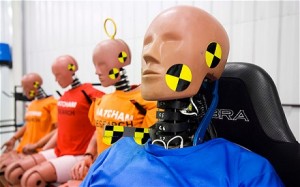 New proposals from the UK government will allow insurance companies greater powers to fight “bogus” personal injury claims it has been announced. Under the new proposals medical panels would be enlisted to scutinise claims to ensure they are valid.

Currently, personal injury claims are costing the insurance industry upwards of  £1 billion a year with much of this cost passed over to policy holders in the form of bloated premiums. It’s hoped that this will make it easier for valid claims to be processed and will also help reduce the number of “bogus” claims paying out.

There are a number of legal companies on hand to help provide you support and legal assistance after a motor vehicle accident such as  Express Solicitors. They can help you decide if your situation does warrant a claim and will help you through the process. Claiming after an accident is sometimes frowned upon but the compensation system is there to provide help to those who have genuinely suffered as a result of an accident that was not their fault.

Further to these changes, there’s also change in the air for how compensation is awarded by the courts. The changes will mean compensation will be paid in regular intervals rather than in a single lump sum. These “regular payments” will allow fluctuations in the amount awarded if the victims condition deteriorates. It will also mean peace of mind for many who have been severely injured as a result of an accident and will require long term help and care on a daily basis.

According to UK government figures, there has been a 60% increase in personal injury claims relating to road accidents since 2006.