Carmony is one of the UK’s biggest used car websites and it is currently undergoing a massive rebrand. The website, established in 2008, is now owned by Manheim Europe (who also own Motors.co.uk) and they want to establish themselves as the number one site for prestigious used cars. Part of their new approach involves publishing industry news and reviews, which will really engage customers and set Carmony up as an industry authority.

Today the used car market is overcrowded, especially in the UK, so companies must create a strong USP in order to rise above the competition. One of Carmony’s selling points is that they sell dealer-approved cars. This is an important feature customers look for when shopping for used cars, as it reassures them that they will not get ripped off.

Carmony is planning a rebrand that will see the site focus on cars costing £25,000 or more. Although the UK car industry is full to the brim with competitors, the premium used car market is comparatively small.

Auto Trader is one of the most established companies in the industry and its target demographic is basically anyone and everyone. It has a reputation of being reliable. Gumtree also has a wide consumer base, but its consumers tend to be people that love to buy everything second-hand (so not necessarily high earners). As there are so many different sellers on Gumtree who aren’t dealer approved, it doesn’t have the same trustworthy reputation that Auto Trader and Carmony have.

Both Auto Trader and Gumtree have large stakes of the market, but Carmony is about to enter into a much smaller market place. By deciding to focus on cars that cost at least £25,000, Carmony will leave behind the majority of its competitors and wade into the much smaller pool of premium used car sites.

Carmony already has the edge of being dealer approved, and hopefully it will soon establish itself as the go-to site for prestigious cars. 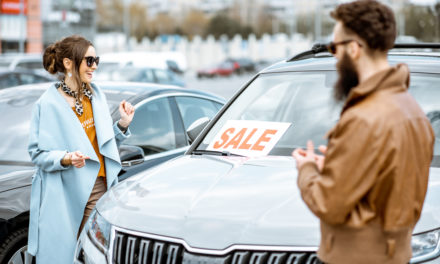 4 Things To Look For When Buying A Used Car