Hammy acting, mirror glasses and excessively tight denim — that’s 70s and 80s TV police series for you. As a result, often the cars stole the show. Of course, Magnum P.I., Starsky and Hutch and others could never have caught villains in clapped-out bangers, but they had to take them down in style too (sort of).

That was on the TV, but now more and more people around the world are combining style and need, the police leading the change by using sports cars and luxury vehicles to tackle crime.

Police in Dubai have revealed they’ll be using Lamborghini Aventadors, which hit a top speed of 217 mph, to go after car thieves and other crooks. They’ve already used Chevy Camaro sports cars for the job and are now lining up Ferraris to join the battle too.

But you don’t have to visit the UAE to see police driving luxury vehicles. Neither is James Bond the only good guy to drive a Lotus Esprit. Police driving around in Subarus (chosen for their high-performance engine and solid 4 wheel drive) are a common sight in the UK. There is also an increasing demand lately for Toyota and Lexus Hybrids. Less common, but also possible, is to see them behind the wheels of a Lotus or even a Jaguar. They don’t transform into submarines, though.

However, luxury vehicles and sports vehicles in general are finding increasing favour with consumers both in the UK and the Middle East. Bentley reported higher sales in both at the end of 2012, while towards the end of the same year Maserati saw fit to open a new showroom in Oman. They then followed it up by launching the Gran Turismo Sport in Oman, which hits 186 mph at top speed.

Sometimes the hirers are local businesses who want to infuse corporate events with extra class. Then there are the dealmakers who are entertaining potential business partners, or current ones, and using the cars to clinch the deal.

Other times, the people renting are mere holidaymakers who want to appear as stylish as possible. Perhaps most interestingly of all, though, luxury car hire firms have even reported cases of people hiring sports cars from them to roar up to job interviews in them!

Usage of sports cars and luxury vehicles may be changing in some cases, as they’ve become more accessible. And whereas before they were a stylish way of getting from A to B for those who could afford the finer things in life, now they’re acquiring a more practical purpose. The police are banging up bad guys with them, entrepreneurs are bagging business deals with them, and the tourists — they’re just keeping up appearances. Whatever the reason, though, for sure they’ll be looking sharp — whether to criminals, chief executives or other consumers.

You can catch up with other car news and reviews on the Top Gear website. 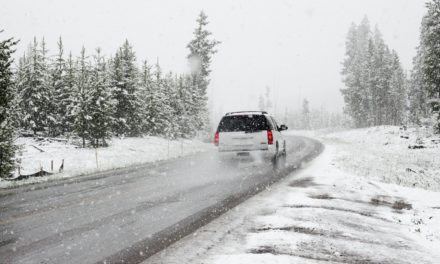 How to Winterize Your Diesel Engine?