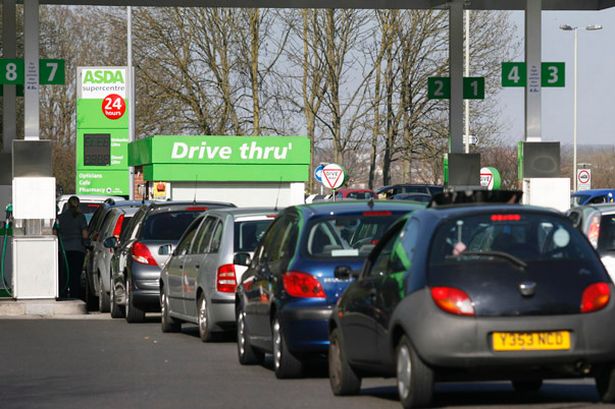 Fuel prices across the UK are set to tumble as the latest phase of supermarket fuel price war irrupts.

The latest bout was sparked by Adsa cutting their fuel prices to a record low for 2013. Not to be out done, Sainsbury’s,Tesco and Morrisons followed suit by announcing comparable reductions.

In a rare victory for cash strapped motorists, Asda also announced the launch of it’s national cap on fuel prices. This cap promises it’s forecourt customers that they will pay no more than 126.7p a litre for petrol or 133.7p for diesel.

FairFuel UK‘s “celebrity” spokesman Mr Quentin Wilsoman commented in light of the good news by saying, “Don’t get excited, everybody, because this will not stay. We will see it go up again. But at least now we have a much faster reflection of wholesale prices at the pump. We don’t have to wait two or three or four weeks for the fuel to come down in price when we know it goes up in a heart beat, so I’m pleased, FairFuel is pleased.”

Adsa’s supermarket competitors have yet to make such bold promises although have dropped fuel prices by between 2p & 3p.

This round of fuel price wars have been a by-product of falling wholesale prices and a change in the dollar-to-pound exchange rate. The cuts are testament to the  UK’s strengthening economy and are certainly great news to the UK’s cash strapped motorists.

We’ll keep you updates as news of further reductions roll hot off the press.