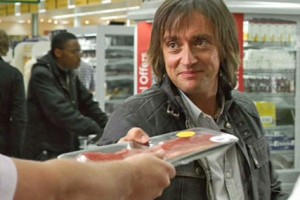 Their figures show that much of this money simply moved from the checkout to the fuel forecourt. Morrisons fuel sales benefited from higher oil prices, rising 18% over the last year on a like-for-like basis. That boosted its total turnover from petrol and diesel by over £530m, lucky them!

If this trend is “the norm” for other UK fuel and food retailers, the increased turn over has been a windfall for the government who are yet to introduced the mythical “fare fuel stabiliser”.

With £400m less food on the table and an extra £530m in our fuel tanks just from Morrisons alone, it seems to many that something going very wrong for UK motorists. Again the AA has urged Mr Cameron and other expense fiddling cronies to make a reduction in fuel dity and VAT, as expected, its falled on deaf ears.