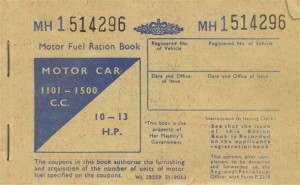 Transport secretary Philip Hammond has admitted that the current level of fuel prices is “clearly a problem” while a parliamentary report suggests that petrol could be rationed to meet green targets.

The All Party Parliamentary Group on Peak Oil, a group of MPs chaired by Lib Dem John Hemming, has said “fuel rationing will be needed by 2020” if the government is to meet its targets of reducing emissions by 80 percent by 2050.

The suggestion shows that the government is stuck between appeasing angry drivers and meeting emissions targets. In the short term, Philip Hammond did at least suggest that the government is considering ways to combat the problem, saying: “Clearly there is a problem here. We’ve got a Budget in eight weeks. The Chancellor said at the last Budget that we’re going to look at the practicality of a fair fuel stabiliser.”

Further chaos is also being predicted as the country may endure the prospect of a repeat of the lorry driver strikes of 2000, which left many forecourts empty. Drivers are angry about pay conditions, especially given the record cost of fuel. Petrol is currently 128.4ppl, while diesel is selling for an average of 133.0ppl.

Rationing of fuel is nothing new to the population of the UK, those old enough will remember that Motor vehicle fuel (petrol) was the first item to be rationed starting in late 1939. To save petrol, many vehicles, especially buses, were converted to run on gas. A large gas bag was fitted to the roof of the bus, which looked very comical. Wherever possible delivery people were encouraged to use horse-drawn vehicles.