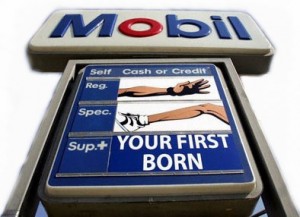 The £8 gallon soon to be the norm?

The 4th Emergency Service RAC Foundation today warned that fuel prices could rocket to £1.75 in some parts of the UK as volatile crude prices continue to cause pain for already hard up motorists.

The RAC Foundation spokesman Philip Gomm said: “For every $2 rise in the barrel of oil you tend to see an extra 1p at the pumps.”

“Oil prices are presently $100 a barrel but that is still a long way off from the historic high of $147 a barrel before the recession in 2008.

They have urged the government to take “Subtle” measures to protect motorists, especially if the fuel producing nations decide to “turn down the taps”. However the government is yet to confirm reports that a “fair fuel stabiliser” will be introduced in time for the next budget.

At £1.75 the average family hatch back would cost £105 to fill its 60 litre tank. If this were to become a reality we could expect motoring protests to step up to an unseen level, causing mass disruption to our already fragile economic state.

Google maps, another sad reminder of how cheap fuel “used” to be.