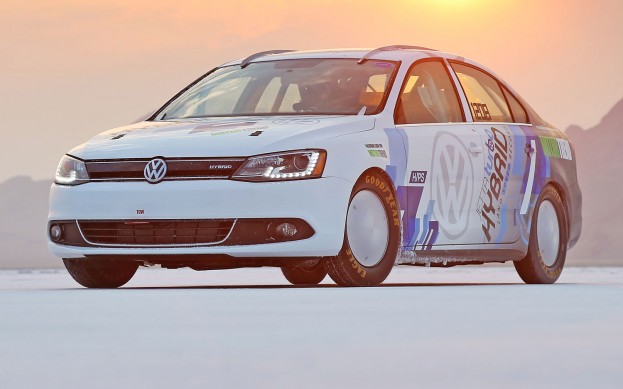 We are used to reading about the Jetta in its “Hypermiling” guise but the Hybrid version certainly has more of a sting in its tail. Powered by a 1.4-liter turbocharged four-cylinder engine mated to a 20-KW electric motor, the Jetta is good for 178BHP with both engines at full power. The production version is stated to return 45MPG (US) and hit 60 in 9.0 when its released in December 2012.

Carlos still needs to make a second run for the title to stand and there’s already talk of the boffins at VW working on releasing some more MPH from the hybrid for the next run. We’ll keep you posted.

NASCAR working to make racers “greener” with help from the EPA