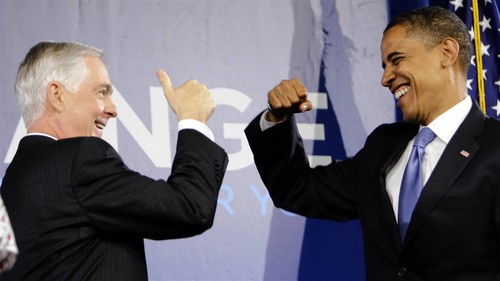 With fuel prices over the US only a fraction on what we mugs pay here in the UK, 54.5 MPG will seem like an huge achievement. Especially when you consider the average MPG of US cars brought in 2010 was a measly 32 MPG.

The  U.S. Department of Transportation, EPA and the White House have announced new fuel economy standards for model year 2017-2025 vehicles that will require cars and light trucks to yield a combined 54.5 mpg.

According to government over the pond, these standards will help save the US as much as 2.2 million barrels of oil per day by 2025. They go as far to say that new car buyers in 2025 will save $6,600 in fuel costs over the lifetime of their new “ride”. Even taking in to consideration the extra cost of fuel saving technologies they still estimate a saving of over $4000 before the car is condemned to the garage in the sky.

We’ll watch with interest how manufactures plan to achieve such “modest” improvements required to meet the new standards. Lets hope they will drive innovation in new technologies that will benefit motorists all over the world.