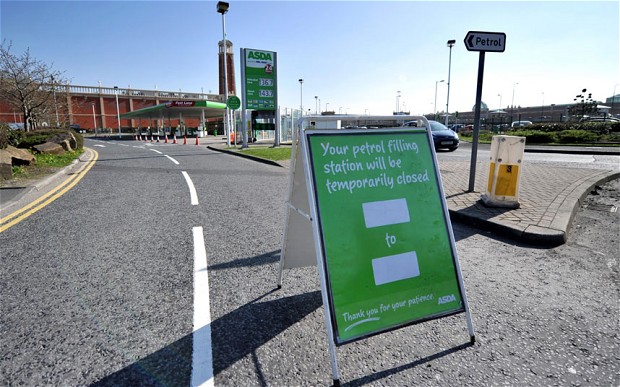 In stark contrast to the fuel panic that shut waves of supermarket fuel stations, Asda is to cut its fuel prices by up to 2p a litre, it has been announced.

Andy Peake, Asda’s director of petrol trading, said: “We’re chuffed to be offering a third price move in as many weeks to hard-pressed motorists running on empty.”

As you would expect, the other retails are following suit with both Tesco and Sainsbury’s filling stations vowing to cut prices by equal amounts.

AA spokesman Paul Watters said: ‘About time too. Wholesale and oil prices have been moving down. The oil giants like BP and Shell should follow the supermarkets. We should see average prices across the board coming down.’