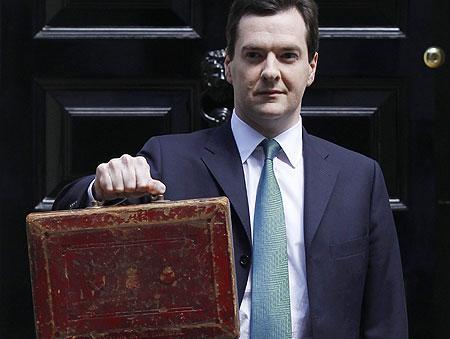 Is this a ploy to settle increasing action by protest groups on fuel prices?

Help for hard-pressed motorists could be on the way after Chancellor George Osborne gave a strong signal he will tackle rising fuel prices in his Budget in March.

He said he was looking at two things, the first would be “overriding” the fuel duty due to come into force in April which was announced by Alistair Darling when he was chancellor.

The second option would be a “stabiliser” – when the oil price goes up, the Government gets more revenue and they help the motorist by reducing the tax.

In an interview, Mr Osborne said drivers would have to wait for March 23, the Budget.

He said the price of fuel had increased partly because the cost of oil has gone up dramatically to around 100 US dollars a barrel, but also due to tax rises announced before he took office.

Asked if he can tackle the April rise, Mr Osborne told BBC West Midlands: “We can override it – we’re looking at it.”

George Osborne and Vince Cable after the final Prime Ministerial debate on April 29, 2010

He then added: “We’ll be able to do something about it before April, but we’re going to have to wait until the Budget, I’m afraid.”

Earlier, Business Secretary Vince Cable said he did not favour the stabiliser option as he did not think it would work.

This has prompted Labour to say the Government is all over the place on the issue and attack Mr Osborne’s VAT rise.

All the signs are that, as the Prime Minister has promised on a number of occasions and now, significantly, so has the Chancellor, there will be help for motorists on March 23.

Downing St said decisions about the Budget were up to George Osborne as he is Chancellor.

Source and thanks Skynews