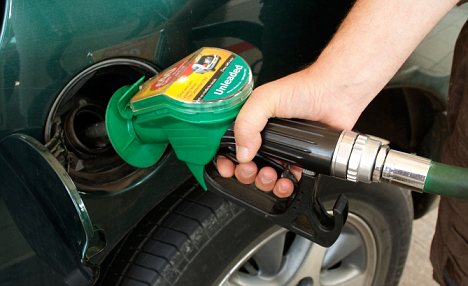 Pleas from industry to cut petrol duty would cost the government £6bn and lead to a “fiscal black hole” in public finances that would have to be filled by raising other taxes, or by more painful public spending cuts, a green thinktank (Green Alliance) warned on Tuesday.

Under current plans, taxes on petrol should rise slightly this April, to help the government meet its greenhouse gas targets and encourage energy efficiency.

But the government has come under fierce pressure from industry lobbyists to forego the planned rise, and instead use taxes to help stabilise the price of fuel. That would mean reducing the tax when oil prices are rising, to smooth out spikes.

Petrol prices are at record highs, after a sharp rise in the crude oil price. Fuel duty is now at about 59p a litre, and motorists have also been hit by the rise in VAT rates.

Road haulage companies, vehicle manufacturers and motoring organisations have said that using taxes to stabilise fuel prices would help companies that had been damaged by the recession. Some have suggested that taxes could be adjusted to bring fuel prices down to the levels of December 2009.

Boris Johnson, the mayor of London, has thrown his weight behind price stabilisation, and George Osborne, the chancellor, has indicated that he will consider the argument.

But using tax cuts to smooth out fuel price rises would be a mistake, according to the Green Alliance.

“It’s fiscally irresponsible to think the government can stop the price of fuel from going up,” said Chris Hewett, tax expert for the Green Alliance. “Cutting fuel duty means other taxes have to go up or further spending cuts need to be made.”

He called on the government to hold firm on fuel duty, as using it to try to stabilise prices would end up being both costly and futile.

The clear upward long-term trend in crude oil prices would mean that any fuel price stabiliser would simply allow oil producers and petrol retailers to hike prices at the pump and increase their profits, in the knowledge that the taxpayer would be left to fund the difference.

Instead of trying to hold prices down, he said: “We need to adapt to this world of high oil prices by focusing on modernising our transport system.”

The fuel duty escalator was first introduced by the Conservatives in the early 1990s. Although it was scrapped in early 2000 by the former chancellor Gordon Brown, protesters complaining about the high price of fuel in September 2000 forced an effective cut in fuel duty shortly afterwards. Last year, in the final Labour budget, the then chancellor Alistair Darling pledged to increase the duty by 1% above inflation a year.

Source and Thanks Guardian Online