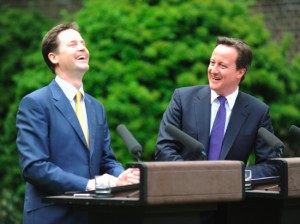 Mr Cameron, supportive of the move since before the general election, said the Treasury is concerned its introduction may leave the government unable to balance its books and are reluctant to give it the go-ahead as a result. The plan was a crucial part of the Tory party’s pre-election manifesto.

The scheme was originally mooted to ‘smooth out’ wild swings in prices at the pumps, making it easier for business and private vehicle users to plan ahead for their fuel needs. Funding for the scheme, which aimed to reduce fuel duty as oil prices rose and increase it as they fell, was to have been from increased VAT revenues on fuel.

According to Mr Cameron, the Treasury’s concerns focuses on rising oil prices hitting revenue in other areas, leaving it unable to justify the cutting of duty on fuel. Campaigners encouraging Mr Cameron to press ahead with the scheme are angry at the possibility of yet another U-turn.

During a visit to Newcastle yesterday, Mr Cameron was challenged on the issue, replying he was still committed to the plan. However, he warned it was at present ‘not an easy issue’ as the Treasury is concerned about paying down the deficit rather than using revenue for other schemes. He admitted a balance between the effect of a reduced tax take in some UK economic sectors due to high fuel costs and the necessity of helping motorists and commercial fuel users was tricky at present.

His remarks emphasised the heat of discussions between the Treasury and No 10 on the issue of a price stabiliser, although a report yesterday predicted a Treasury windfall of around £2 billion due to higher fuel prices in 2011. The impact of rising oil prices on the general economy, according to the Treasury, makes the issue far more complex than was originally envisaged.