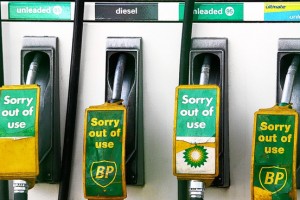 As many as 60 BP Franchisees fuel stations are reportedly shutting off pumps over fuel distributor’s prices.

Raymond Succar, owner of a BP station in Rockland US, told the newspaper The Patriot Ledger that he shut off his pumps on Monday morning and will keep them off through Wednesday. He added that nearly 60 other station owners in Massachusetts are participating in the fuel protest.

He said they are frustrated by the high fuel prices that East Providence, R.I.-based Green Valley Oil LLC is passing on to the independent station operators.

Succar said his price for regular, self-serve gasoline was $3.24 per gallon on Sunday, while the AAA-reported state average on Monday was $3.11 per gallon.

Source and thanks CSP Daily News