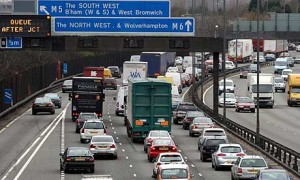 Two thirds of UK Motorists have been forced to change their driving habits because of record fuel prices, according to new research from a leading Internet comparison website.

The website asked site users whether record fuel prices were forcing them to change their driving habits. The results found two thirds of respondents (67 per cent) admit record costs have taken their toll; 62 per cent have reduced the amount of time they spend behind the wheel, and five per cent claim they have stopped driving altogether because of the costs.

However, almost a fifth are sticking to their usual driving habits as they can just about still afford it, and a further 16 per cent have not changed their driving habits at all.

This already confirms what is being echoed my many in the press, fuel prices are hitting motorists and businesses hard. Unrest over fuel duty rises and the government’s u turn over the fuel duty stabiliser have brought on fuel protests by angry motorists.