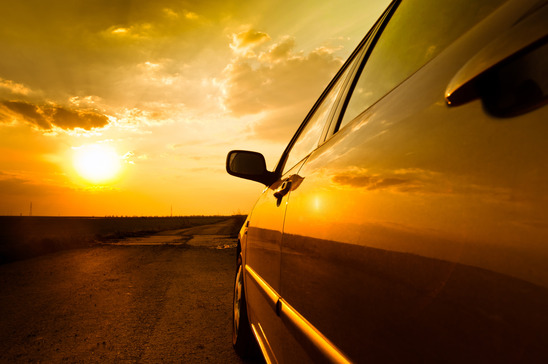 With temperatures set to soar later this week we thought it would be a good time to revise our Top Summer Hypermiling / Fuel saving tips for 2017.

The biggest factor to take into account during our “limited” summer months is heat. There is nothing worse than a hot car especially when you’re ferrying around a family of four who like nothing more than to complain and moan about even the smallest “problem”. A summers day of around 25 degrees could see your car getting up to 60c, making it very uncomfortable for us and also fatal for pets.

Getting rid / managing this heat is what will ultimately cost you at the pumps.

With this in mind we’ve put together our top six summer hypermiling / fuel saving tips to help keep your fuel usage down and more importantly the little ones and pets happy.

Resist the urge to turn on the air conditioning

Your air conditioning is a quick and easy way of cooling your hot car, keeping your passengers refreshed and comfortable. The biggest downside of air conditioning is that it will decrease your fuel efficiency by up to 10%. The increased load from the conditioning pump saps power from your engine wheels meaning you’ll have to push the throttle harder for the same response. With that in mind how do you keep your car cool?

Open the windows (under 40MPH)

Opening your windows is a great way of flushing away hot air from your car and also allowing the fast flowing breeze to cool you and your passengers. However, the increased drag caused by open windows makes your car much harder to push through the air, decreasing fuel efficiency.

Its been suggested by Gord (our long standing forum moderator) that at lower speeds you should open the drivers and opposite rear window down an inch to create air flow. This method would be much more fuel efficient than having the windows fully open whilst maximising cooling. – A top tip! Thanks Gord!

Its widely accepted that up to speeds of 40MPH open windows have less of a negative effect on fuel efficiency than the air conditioning. At speeds of 70MPH the forces creates by open windows cause vehicle drag to be increases four fold. You get the idea.

With this in mind we suggest that at motorway speeds you sparingly use the air conditioning rather than having the windows open. Be sure to read your owners manual to fully understand how your air conditioning system works for its optimum efficiency.

Park in the shade

Parking in the shade prevents the suns rays from heating up the interior of your car. If possible choose a shade spot or opt for covered parking. This will reduce / delay the need for opening your windows or reaching for the air conditioning button.

Just be careful about parking under trees sap and bird droppings could ruin your nice clean car.

Use a windscreen shade

A wind screen shade is hands down the best way of keeping your car cooler if you do have to park in the sun. The reflective properties of the foil use bounces the suns thermal UV rays back out of the car. Much like parking in the shade, it will reduce / delay the need for opening your windows or reaching for the air conditioning. This is also the case for tinted windows, the thermal properties of the film reflect the suns rays responsible for heat, they also look cool.

There is a wide range of windscreen and window shades available on Amazon, don’t get ripped of by parts stores such as Halfrauds.

Many people are unaware of a handy little feature of newer cars with electric windows and remote central locking. If you unlock your car then press and hold the unlock button again your powered windows should magically roll down by themselves. This a handy feature if your key fob has a long range, allowing plenty of time for the hot air to dissipate from your car before you jump in. It also works the same for locking and closing the windows.

Have you got any tips we haven’t covered in this article, let us know in the comments below so we can improve this article.