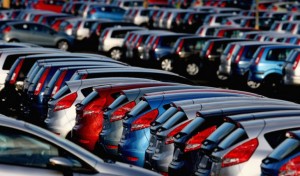 The Society of Motor Manufacturers and Traders said while sales of fleet cars should hold steady, private sales would slide amid “difficult conditions”.

The comments came as the SMMT reported that total sales grew by 1.8% in 2010 from the previous year.

However, a hoped-for surge in December sales to beat the rise in VAT failed to materialise.

The SMMT’s chief executive Paul Everitt said 2010 had been a “year of recovery for the motor industry” but that conditions would be “extremely challenging” in 2011.  “We’re in a difficult period in terms of public expenditure, concerns about job losses and tax increases,” he told the BBC.

Private car sales fell by 5.6% over the year following the end of the government’s Scrappage Incentive Scheme in May 2010.  And this was reflected in sales which were up by 19.9% in the first half of the year, but which fell 13.8% in the second six months.

However, business demand was more resilient as fleet sales rose by 10.3%.

Mr Everitt said that few customers appeared to have made a “knee jerk” purchase to beat the tax rise and save a few hundred pounds.

Despite his cautious outlook for 2011, he said that there was some “underlying growth” in the UK economy and that the industry expected demand to strengthen in the second half of the year.

He added that UK motor manufacturing had recovered “particularly well” in 2010, saying the outlook was for “further steady growth” this year.