Dieselgate: Is the UK Government and Press in bed with VW? Is this a cover up?

Judging by the number of visits and comments we’re getting on our #dieselgate articles, the UK dieselgate scandal is as wide spread as many had feared.

Just as worrying as the mechanical failures “post fix” is the complete lack of media attention and coverage of this damaging issue. In the US the dieselgate scandal was a reporting goldmine. The US media went to town, dragging VW through the mud at every opportunity.

Here in the UK we’re being affected a little differently. In absence of the mass the buy back scheme as seen in America, UK owners have been subjected to a fix that is proving to be quite the opposite. VW are denying that EGR, DPF and engine management failures are not related to the emissions update despite overwhelming evidence. This has seen some unlucky owners footing bills in excess of £600 to right a problem caused directly by this update. In fact at least one case has been reported to us of an EGR failure before the vehicle even left the VW dealer’s car park.

We suggest that this lack of coverage is due to one thing: Money. VW and their associated brands spend millions of pounds a year on advertising with the very media outlets that should be holding them to account. Even more concerning is the DfT’s dismissal of our concerns. Could it also be that VW’s lobby groups are also influencing government to “play down” these issues? Is this a cover up?

With all this money and influence flying about its only expected that VW would be protected from a media and government public folgging. According to the LobbyFacts.EU webesite, Volkswagen spends in excess of 3 million euros a year on lobbying within the EU, only just shy of Google’s EU lobby budget. This mind boggling lobby budget ranks VW as the 7th biggest lobbying spender in the EU. Coming in first place is ExxonMobil Petroleum & Chemical with over 4.7 million Euros (oh look! an oil company – what a surprise!).

What can I do?

With the above in mind, its easy to think that us, the little guys have no chance against the might and money behind VW. You’d be very wrong. Please do spread the word. Tweet, Facebook, Email and shout from the roof tops if you’re somehow affected by the VW emissions fix. Please to take time to mention our website and related articles.

Over on the The Volkswagen diesel customer forum (Emissions scandal) Facebook group they are doing their up most to have these issues taken seriously by government and the media. The owner of the group, Gaz Pritchard has advised owners to write to their local MP, explaining the issue and asking for urgent action to be taken.

The group which has in excess of 600 members is bursting at the seams with unhappy owners all suffering the same fate following the VW, Skoda, Seat or Audi emissions “Fix”.

Should I have the emissions update done?

In case you’ve not already seen our other articles on the dieselgate scandal we strongly urge you not to have the update done.

We want to hear from you!

If you’ve been affected in any way by the #deiselgate scandal or emissions fix then please do let us know in the comments. 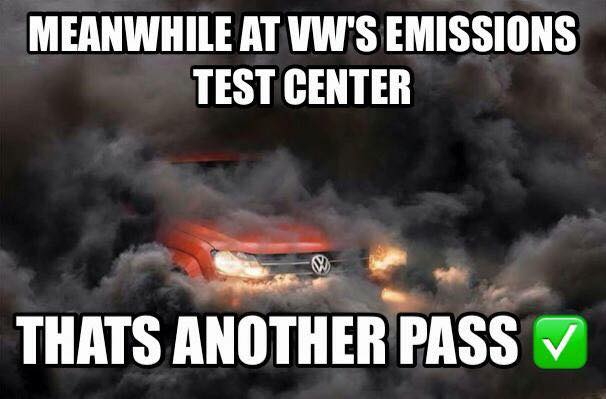