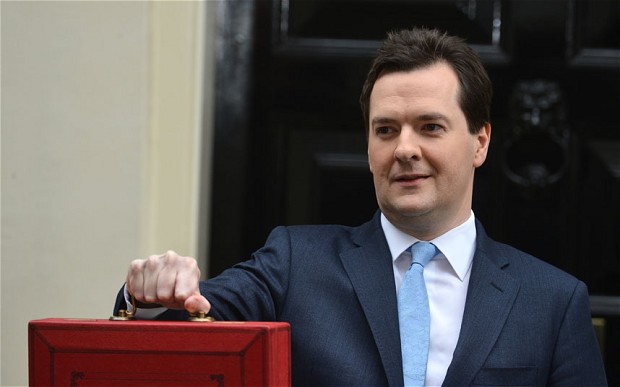 This years budget heralded some welcome news for motorists as the Chancellor announced that the planned duty rise for the autumn would be scrapped.

The rise would have put an extra 3p a litre on top the  price of petrol and diesel at the pumps. The government has scrapped or frozen every scheduled fuel duty rise since 2010 which would have seen an extra 13p a litre added to fuel prices.

This years budget added further relief by confirming Vehicle Excise Duty (road tax) rates will be frozen and will only increases in line with the Retail Price Index from April.

In an effort to improve our stagnant economy and crumbling road network, Chancellor George Osborne also announced an extra £3 billion in infrastructure spending. The money will go towards new roads, railways, power stations and aimed at building some well needed growth in the sector.

It not all good news on the horizon for UK motorists. The 2103 budget saw a shift in the government’s support for electric cars with the announcement that the battery powered cars will be taxed for the first time under benefit in kind rules. Electric vehicles such as Nissan’s Leaf are currently eligible for zero-rated for company car “benefit in kind” rules. From 2015 there will be a 5 per cent benefit in kind rate, rising to  7 per cent the following year.

The pressure group FairFuel UK reacted to the Wednesdays announcement saying,  ‘This is welcome news for families and businesses across the UK as far as it goes. It is a sign that the Government is listening, but there will be widespread disappointment that the cancellation of this duty rise gives them no immediate relief from climbing fuel prices. Cancelling a rise that really shouldn’t happen is not enough.  The Government needs to cut duty substantially to get the economic growth we all need.’

In contrast to the welcoming pat on the back from many, Friends of the Earth economics campaigner David Powell said: “The Chancellor’s refusal to raise fuel duty in line with inflation has deprived Treasury coffers of £5 billion in the last two years, leaving other parts of the economy to pay the price”