Ford to join the EV race, brings the Focus EV to the party 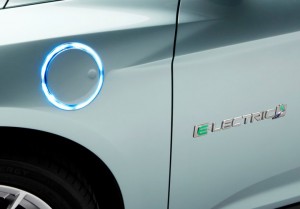 This week Ford teased the imminent unveiling of the Focus EV by releasing a single image on Facebook showcasing the vehicle’s illuminated, Tron-like plug port. As you’d expect from Ford on the release of such an anticipated vehicle, details are scarce — but CEO Alan Mulally said the company will have big news from the 2011 International CES Las Vegas. He added that Ford would broadcast his keynote address on a live streaming Facebook tab that will also feature exclusive technology news every hour leading up to his address.

The decision to debut the Focus EV at CES Las Vegas — instead of the Detroit Auto Show, which is a week away — has also led to speculation that the Ford Focus EV will boast some impressive technology. Rumors include MyTouch, numerous iPhone/iPod/iPad apps, and lithium-polymer batteries that will offer a range of 100 miles.

Are green cars bad news for the Treasury motoring revenue?

Diesels: good for the wallet, bad for the heart