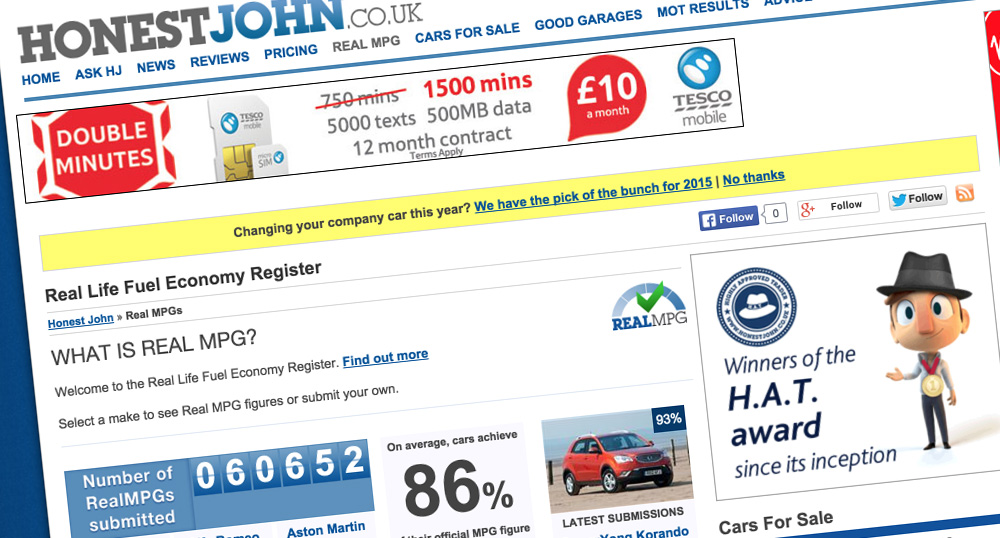 A report by the kind folks at HonestJohn.co.uk has revealed that small cars have shown the greatest shortfall against manufactures official MPG figures.

The report which studied more than 60,000 cars compared “real world” driving figures against those claimed by manufacturers. The revealed that in some cases such as the Nissan Note,  averaged a shortfall of 32.3%.

The real world MPG figured are recorded using HJ’s Real Life Fuel Economy Register. It allows drivers to both submit and review MPG figures for most major makes and models of cars in the UK. Judging by the results for my own Mercedes C220 CDI BlueEfficiency Automatic, the figures seem about right for general (non Hypermiling) exercises.

It’s great to see services such as RealMPG and TrueMPG highlighting the discrepancies of manufacturer’s claims vs real word fuel efficiency returns. However I’m also keen to point our that the biggest factor in fuel efficiency is the nut behind the wheel. Road, weather and traffic conditions do play a major part but even the most favorable conditions will still not be able to fix a driver with no regard for good fuel efficiency practices i.e. Hypermiling.