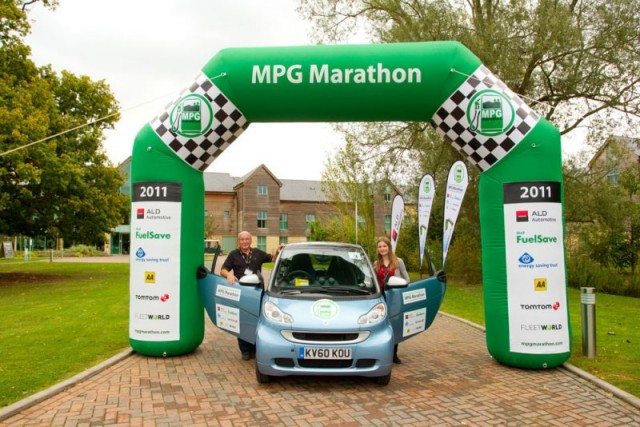 Using his honed Hypermiling Techniques Mick managed to whip his Smart fortwo in to returning an epic 99.24 MPG over the two day event. This is the 3rd year that “Eco Mick” has secured victory in the Smart, returning over 15% better efficiency than the manufactures figures.

Strong winds and inclement weather made driving conditions tough, as Mick explained: “I was determined to break the magical 100mpg mark this year, but the weather and one particularly hilly section was against us.  To get so close is a double-edged sword – but I’m delighted that the smart delivered these incredible results despite the challenges!”

The MPG Marathon is the UK’s longest-running economy driving event, a live demonstration of how both the car and the person behind the wheel can make a massive difference to fuel costs and carbon emissions. The event is now in it’s nineth year and continues to attract manufactures eager to prove how “green” their car lineups are.