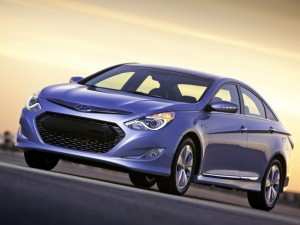 To drum up some attention to the forthcoming 2011 Sonata Hybrid, Hyundai took its new hybrid on a cross-country trip, from San Diego to Georgia. They made the 2,269 mile trip on less than two full tanks of gas.

This summer, I did my own cross-country excursion with my girlfriend. While we managed to get over 30 mpg in my four-cylinder Mustang over the course of 12,000 miles, we still had to fill up over 40 times during our six-week trip. That’s a lot of fuel, and a lot of money that could have been better spent elsewhere.

I wish I had one of these Hyundai hybrids. At the wheel of the hybrid Hyundai is none other than Wayne Gerdes, who also successfully drove a Ford Fusion Hybrid for over 1,445 miles on a tank of gas. He also drove a regular Sonata from New York to Chicago, managing to get over 66 mpg. This latest trip took the Hyundai Sonata Hybrid across mountain ranges and the American south, meaning this vehicle went through some pretty extreme temperature and elevation changes, which would explain why it “only” got 59.59 mpg across the country.

Hyundai did a similar trek with the standard Hyundai Sonata this summer, managing to get over 66 mpg driving from New York to Chicago, but that trip was half the length and done during the warmer summer months, when the Sonata Hybrid’s battery is better able to operate. Still, it took the Hyundai Hybrid just 38 gallons of fuel and five days to cross the country, and Gerdes filled up just once, finishing the trip at Jekyll Island, Georgia, with two gallons of fuel remaining.

I’m not sure what kind of tricks Gerdes employed on this trick, such as drafting in the wake of semi trucks or coasting down hills, but you’ve got to hand it to this guy, he really knows how to wring the most miles from a tank of gas. The EPA rates the Hyundai Sonata Hybrid at 40 mpg on the highway, but if you’ve got a feather light foot and a lot of patience, it’s clear you can get a lot more MPG’s from these modern hybrids. Does anybody think they could do better? 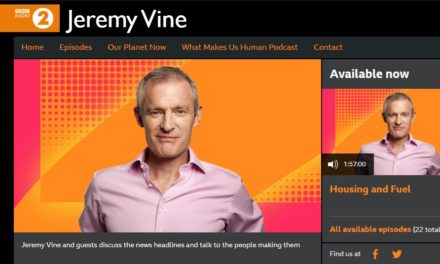