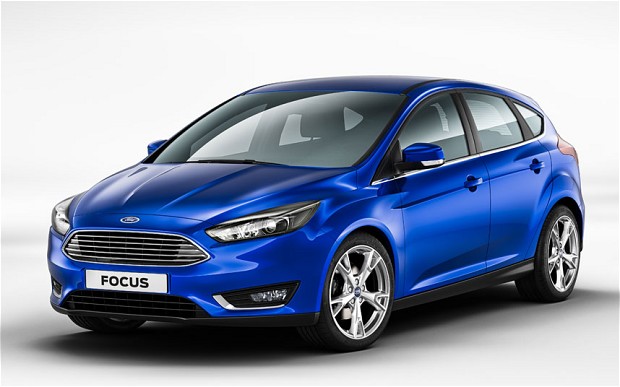 Ford has revealed the very first images of the all new Focus ahead of it’s official début at the Geneva motor show.

New engines for the facelifted Focus will include an all new 1.5-litre EcoBoost petrol and 1.5-litre TDCi diesel unit. These new power plants will offer fuel economy improvements of up to 19 per cent compared with the current Focus models. Ford will also continue to offer the spectacular 1.0-litre EcoBoost petrol unit – emitting just 99g/km CO2.

Improvements outside include the inclusion of the all new Ford signature grill, a lower / wider stance, reworked bonnet and lights.

The 2014 Focus will be hitting dealerships in  July of this year with prices likely to be broadly similar to the current model.

We think you’ll certainly agree that Focus certainly looks the part, and together with the new engine line up we would put money on the Focus continuing its dominance of the family car market for 2014.

Fords success in the UK has been unparalleled of late, taking both first and second place with the mighty Focus and Fiesta. With car sales on the bounce back up, we expect Ford to continue its good fortune for the coming years.

With the Geneva motor show only days away, we’ll update you with further details as they hit the press office.