Ford starts production of its most economical car ever: the 87 MPG Fiesta ECOnetic 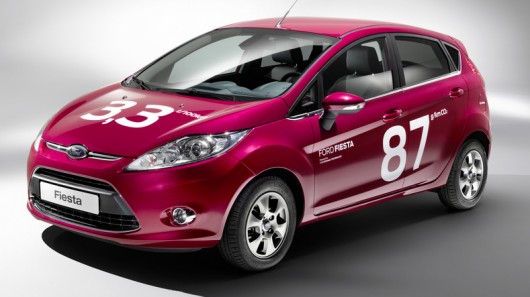 The eco warriors at Ford Europe have started production of their most fuel efficient car ever. Ford claim that the new Fiesta ECOnetic will achieve a staggering 86MPG while emitting only 87 g/km of CO2. Ford’s 1600 cc  Duratorq TDCi diesel engine will provide a heathly dose of twist (205 Nm of torque) while making use of a wide array of fuel saving technologies.

The car will feature optimized gear ratios, the mildly annoying Auto-Start-Stop, Smart Regenerative Charging which feeds back energy captured when braking to the vehicle’s battery (not to be confused with being a hybrid) and a lift light for optimum gear changes.

Ford have also announced a FiestaVan version of the Fiesta ECOnetic, meaning your local tradesmen will soon be sporting a hyper efficient ride with a rolled up copy of The Sun on the dash.

Such epic FE (fuel efficiency) will also ensure that both versions of the Fiesta ECOnetic  will be both road tax and London congestion charge exempt.

Due to manufacturing costs, it looks like our portly american cousins will not be enjoying the fruits of the Fiesta ECOnetic any time soon. They’ll just have to continue to rock the VW Jetta TDi instead.

Read more for the full press release from Ford. 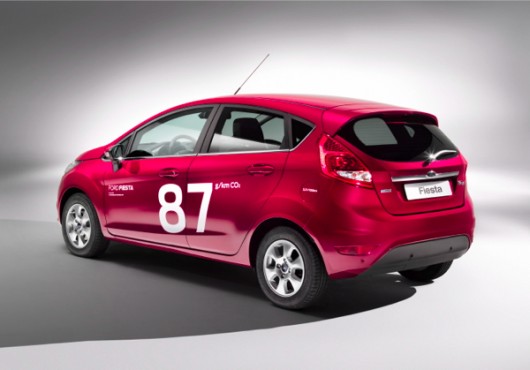 New high-tech developments have made Britain’s best-selling car and small van even cleaner with latest emissions dropping from 95 to 87g/km of CO2 and combined fuel economy rising to 85.6mpg*.

The significantly improved efficiency, boosting the environmental performance of the Fiesta and FiestaVan featuring ECOnetic Technology by over 12 per cent, has been achieved through the introduction of:

Sustainability is important not only for the car, but also for the facilities behind its manufacture. Ford’s Dagenham-built Duratorq TDCi engines are produced in a facility that derives all its electricity from renewable sources, with three dedicated wind turbines.

* All fuel consumption and CO2 emissions figures in g/km are from officially approved tests in accordance with EC Directive 93/116/EC.  Fuel economy figures quoted are based on the European Fuel Economy Directive EU 80/1268/EEC and will differ from fuel economy drive cycle results in other regions of the world.

* All fuel consumption and CO2 emissions figures in g/km are from officially approved tests in accordance with EC Directive 93/116/EC.  Fuel economy figures quoted are based on the European Fuel Economy Directive EU 80/1268/EEC and will differ from fuel economy drive cycle results in other regions of the world.