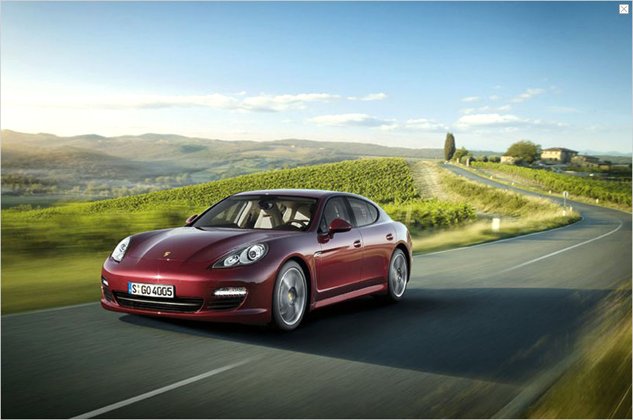 As part of the company’s strategy to meet new fuel economy standards set by the Obama administration, Porsche unveiled the new Panamera S Hybrid. The standards require a fleet average of 35.5 mpg by 2016.

The car uses Cayenne’s hybrid system and is driven by an electric motor capable of generating 47bhp along with a supercharged 3.0-litre V6 petrol engine generating 333bhp. The car’s pure electric range is 1.25 miles, not quite a Nissan Leaf but enough to help assist the car in pulling up its efficiency.

The Panamera S Hybrid will get around 34.5 mpg (US), which for a large premium 4 door tourer is quite impressive. Especially when you consider it can go from a standstill to 60 mph in 5.7 seconds and reach a top speed of 167 mph.

The Panamera S uses a nickel-metal hydride battery and regenerative braking system that recharges the battery cells during braking. The Porsche parallel full hybrid system also reduces fuel consumption at high speeds thanks to a ‘sailing’ mode that switches the gasoline engine entirely off when the driver lifts off the accelerator at normal highway cruising speeds, seamlessly firing back on in fractions of a second as needed.

Porsche lobbied the US Gov for a special exclusion from the tightening regulations, arguing that the new standards would hit the specialized car makers particularly hard. They were unsuccessful in their attempt and thus the Panamera S Hybrid was born, but more from nessesity of staying in the US market.