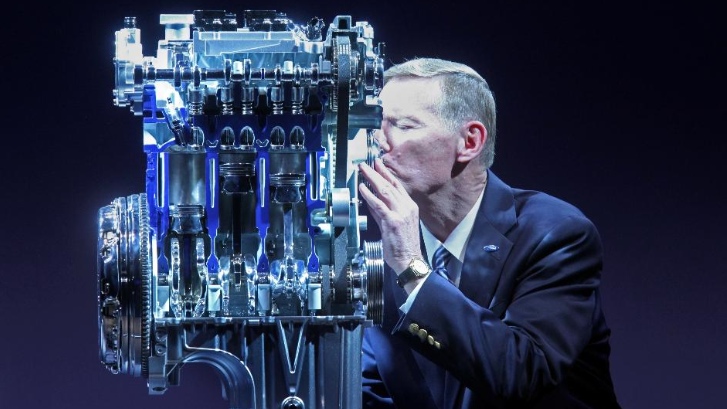 The boffins are the Ford “skunkworks” are developing an  electric supercharged version of it’s award-winning new 1.0-litre turbo-petrol Ecoboost engine. The development has been driven to further increase the efficiency of its engine platforms and meet the stringent EU emission requirements  for 2020.

The engine, which is a joint project between Ford and drive train developer Ricardo, is designed to be highly efficient and also produce high amount of power, not commonly seen for such a small displacement engine. Their aim to have the dual charged power plant kick out at least 110kW while emitting just 90-95 grams of CO2 per km.

The electric supercharger is designed to work much the same a twin turbo or dual charged setups that have been around in the form of Volkswagon’s 1.4TSi engines. The supercharger is designed to fill the torque hole or turbo lag that’s normally associated with forced induction engines, however without the power sapping pulley system seen in commonly used superchargers. The electric charger uses a belt integrated starter generator that regenerates enough electricity to turn the supercharger, meaning no additional load on the engine.

“We costed it out and we reckoned the hardware would be something like 600 Euros or dollars on-cost over the price of this current (1.0) engine, so probably a tenth of the cost of a full hybrid driveline. And if a Prius is at 89 grams currently, then we reckon we can get within five or 10 grams of a Prius at a tenth of the cost. So that to us was quite a good cost-benefit balance.”